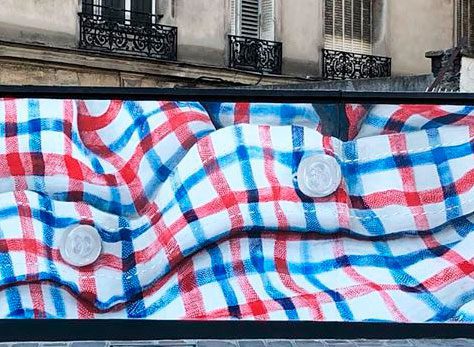 Quarantine has had us all glued into our phones and screens. At least during these months, our way of seeing and buying art has changed, and galleries have taken advantage of this period of confinement to renew and tune up. Now, while seating in our couch we can virtually visit and get immerse into the latest exhibitions shown in Chicago, Paris and Taiwan just by sliding our finger through the screen of our phones. But there is nothing like the experiencing art live: appreciate textures, colors and seeing the artwork in the chosen context.

Galleries are now opening and we set out to discover some of the group and solo exhibitions going on. From Madrid to Lyon and from London to Paris, we go on a virtual and walking tour to check out the work of some of our favorite urban and new contemporary artists.

“Out of the Blue” at Slika Gallery, Lyon

This exhibition was born during this past spring, when the general feeling was to slow down but keeping alive that desire of being back on track showing the best everyone could do. Slika managed to do it on their own style. As a result of these times of ultra-connection to networks and virtual relationships, this exhibition that was born as a virtual journey through our screens has now jumped into the gallery walls, in Lyon. A show with number one artists such as MOMO, Nelio, Ekta and Jeroen Erosie among others. 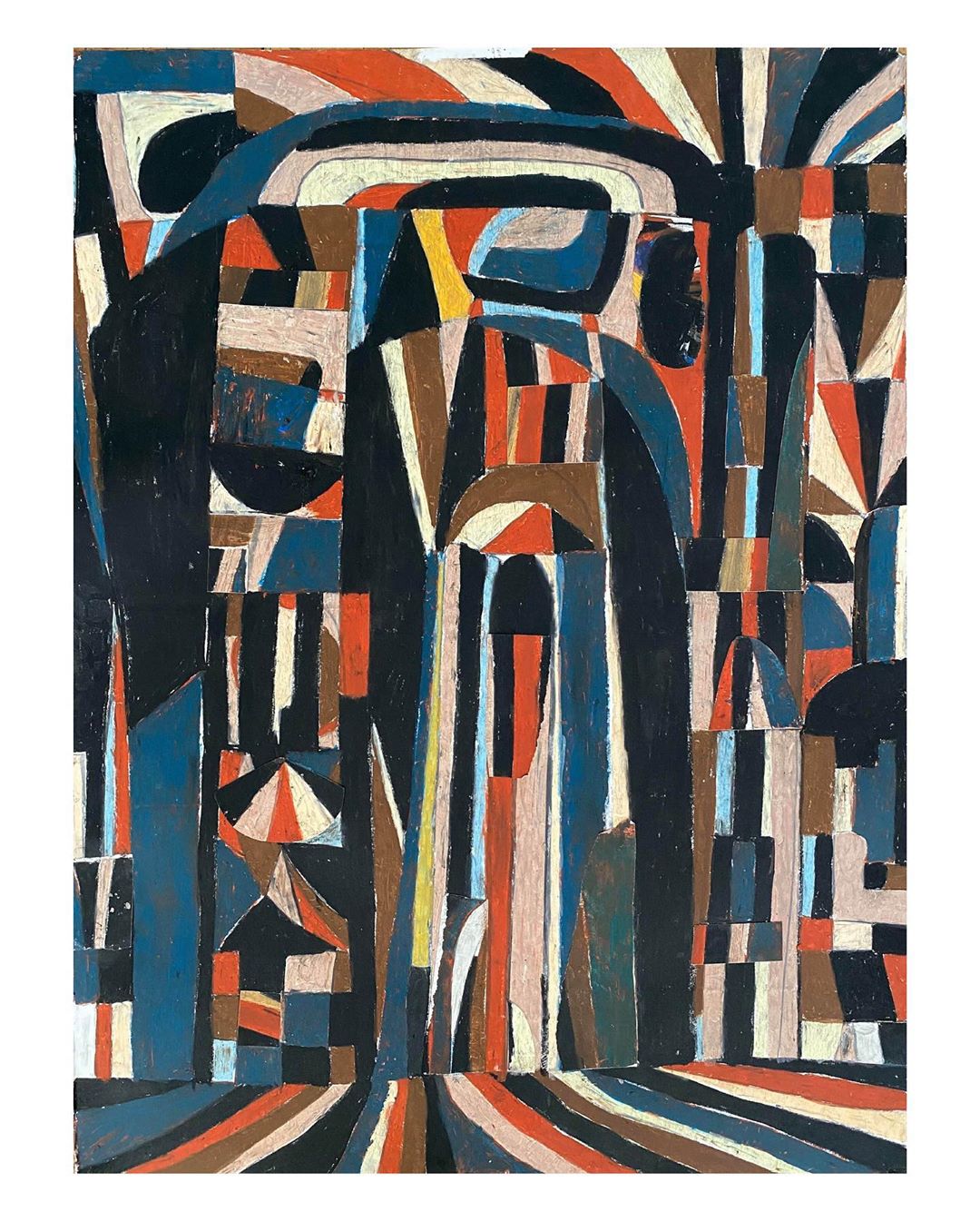 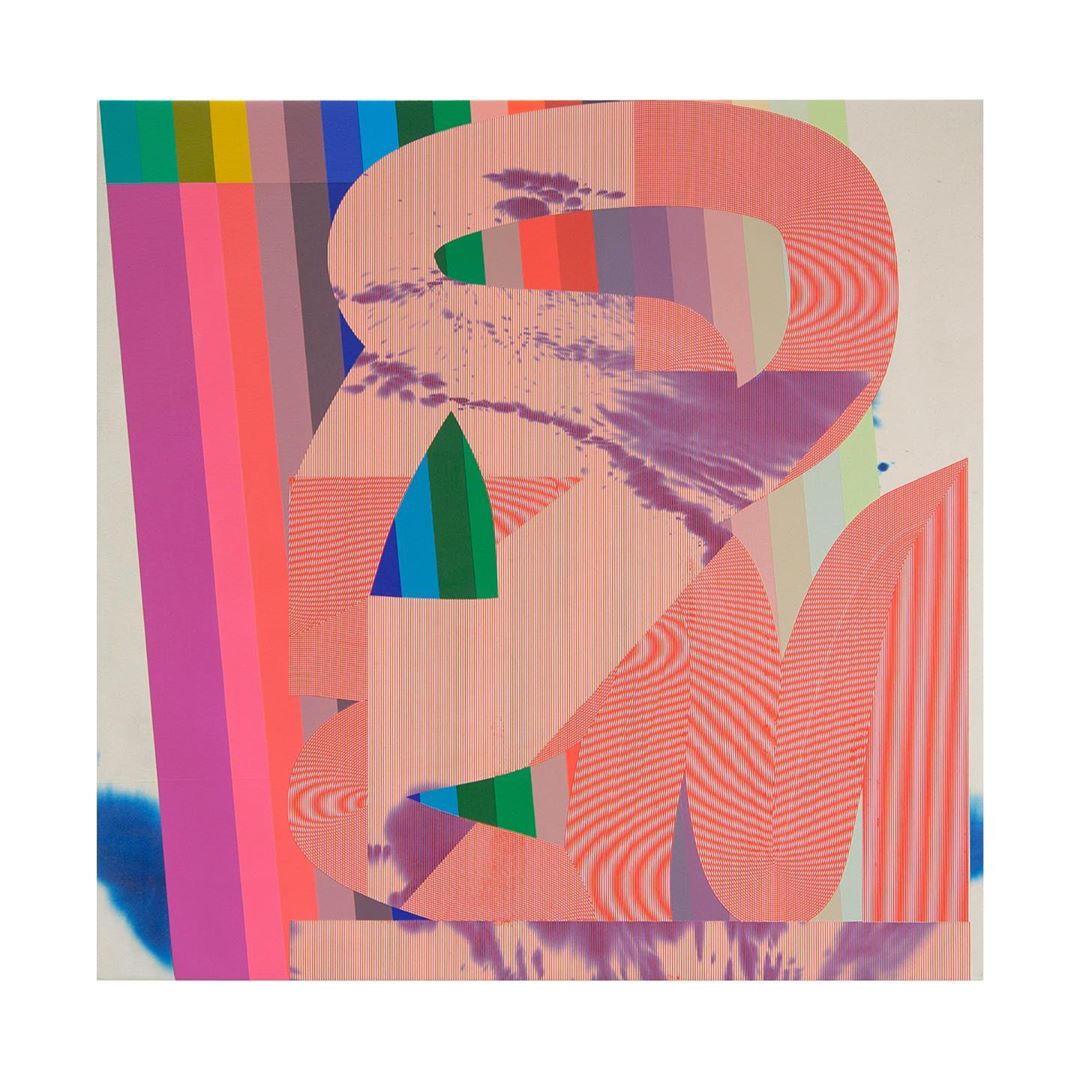 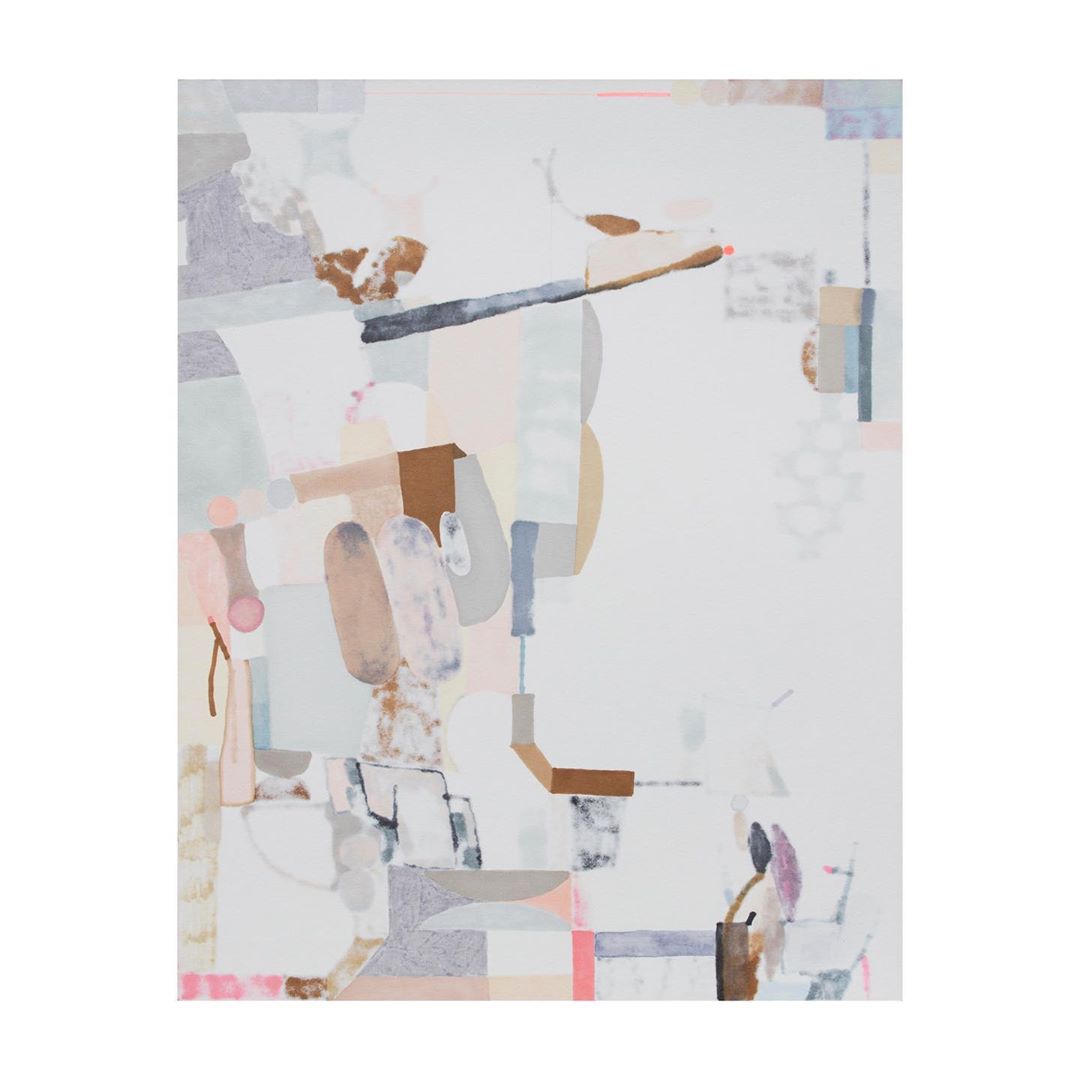 The Parisian gallery reopens its doors with a group exhibition dedicated to abstract art with four representatives of French and Spanish urban art and post graffiti under Ana Dimitrova’s curatorship. The Spanish artist Rosh and the French Arnaud Liard, Popay and Grems have created during confinement a body of work in which they question their own art during these months of uncertainty and exploration and which they approach with new stream of energy. 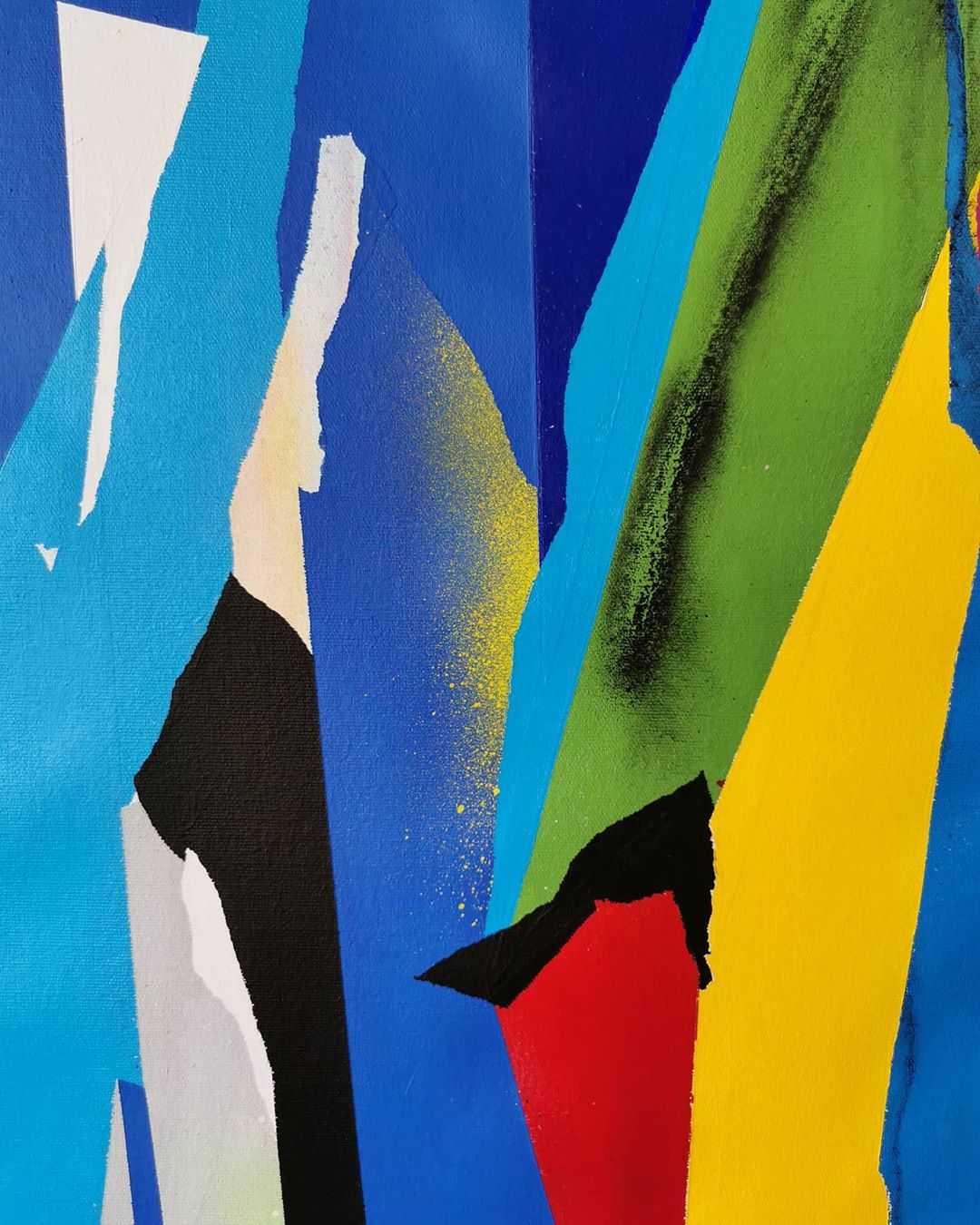 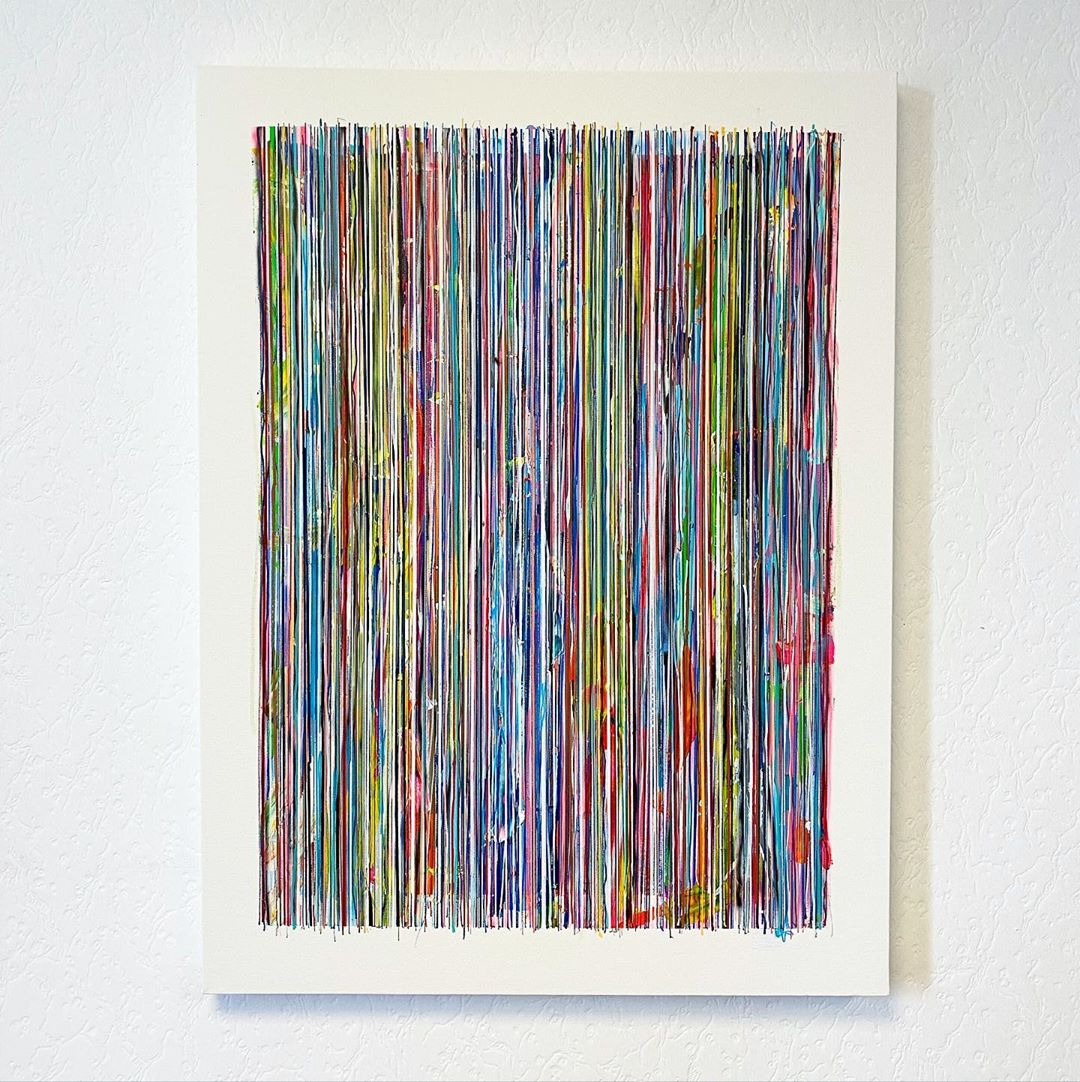 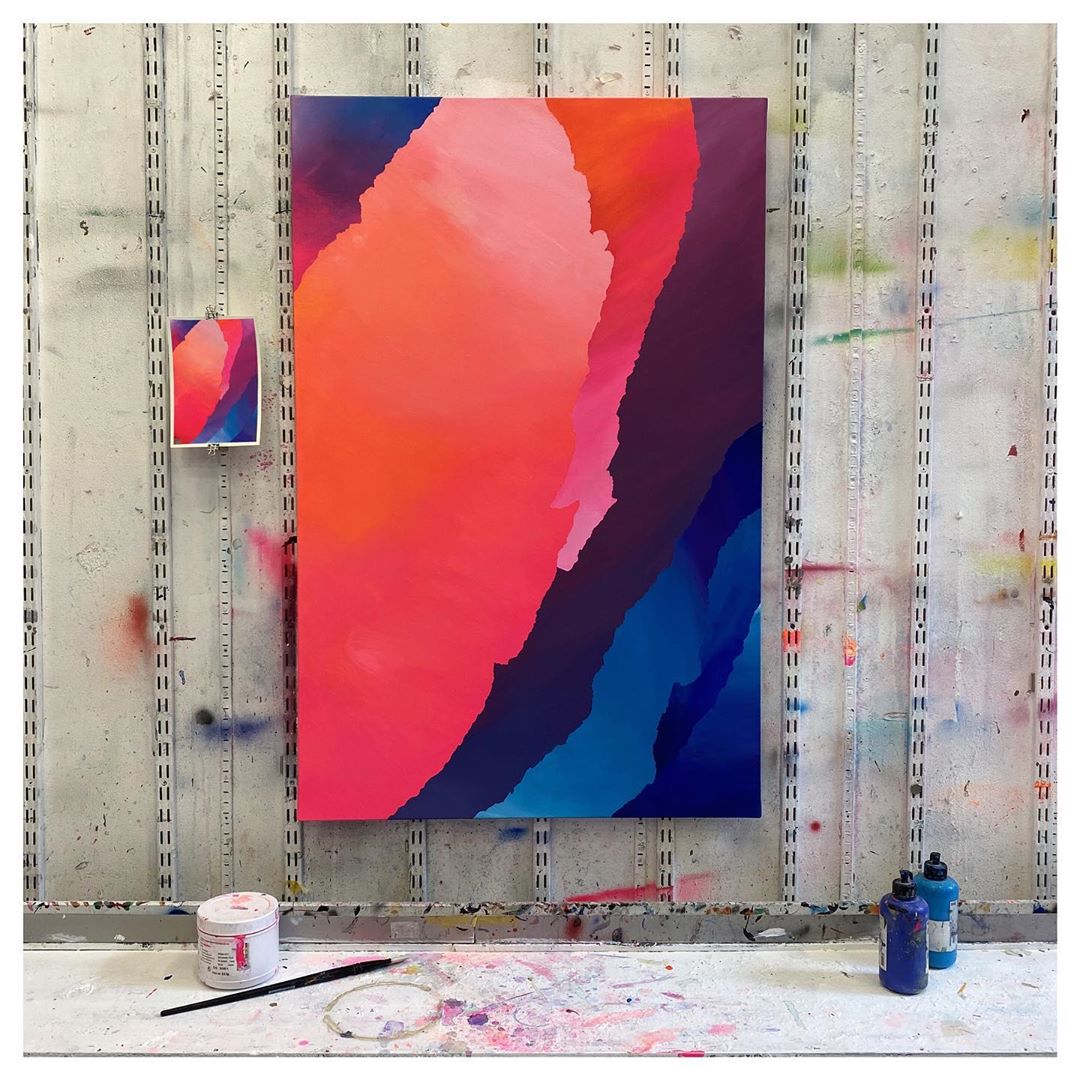 It’s the first exhibition with which the London space managed and curated by the artist D*Face and his team reopens in the heart of East London. A full-color exhibition with the work of four artists brought from different parts of the world: the Spanish Antonyo Marest, the American Erik Minter, the Australian Jay Jermyn and the German Moritz Green. An exploration into how classic motifs such as bright colors and bold geometrics lend themselves to an aesthetic future that is both playfully distorted and refined. 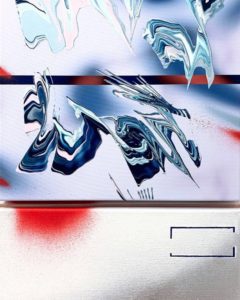 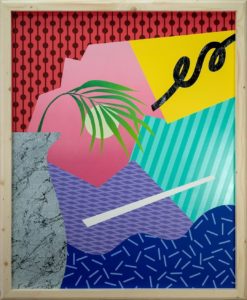 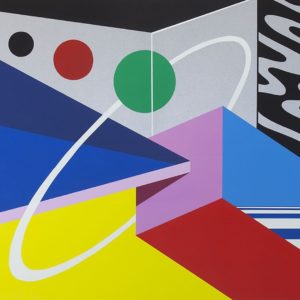 The Majorcan artist Grip Face joins forces again with the Venezuelan gallery based in Madrid and Caracas Cerquone Projects to curate the last exhibition to open mid-July with the work of four artists mixing different styles and materials. Lusesita pottery work with a very personal aesthetic moving in between naive and creepy creatures, the paintings and illustrations by South Korean Miju Lee on human emotions, the work of contemporary artist Axel Balazsi based in London despite living for years in Spain and the Madrid artist based in Rotterdam Jose Quintanar and his illustrative work in fanzines and comics. 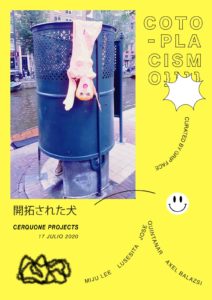 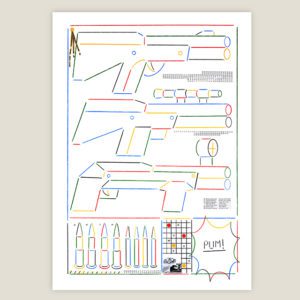 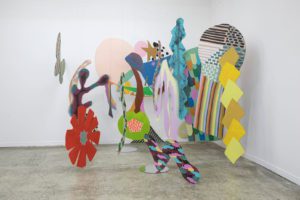 The French duo Ella & Pitr for this exhibition plays with new materials, surfaces and dimensions and dare to take a new artistic path. The exhibition, which was delayed from its scheduled opening date in May, presents a body of work based on paintings where they work new textures through fabrics and textiles without forgetting their fun and expressive characters in white that characterize the work of this duo, specialist in making large scale floors only seen from a bird’s eye view. A few meters from the gallery and to accompany the exhibition, Ella and Pitr have painted a mural along the lines of the work that can be seen inside the gallery. 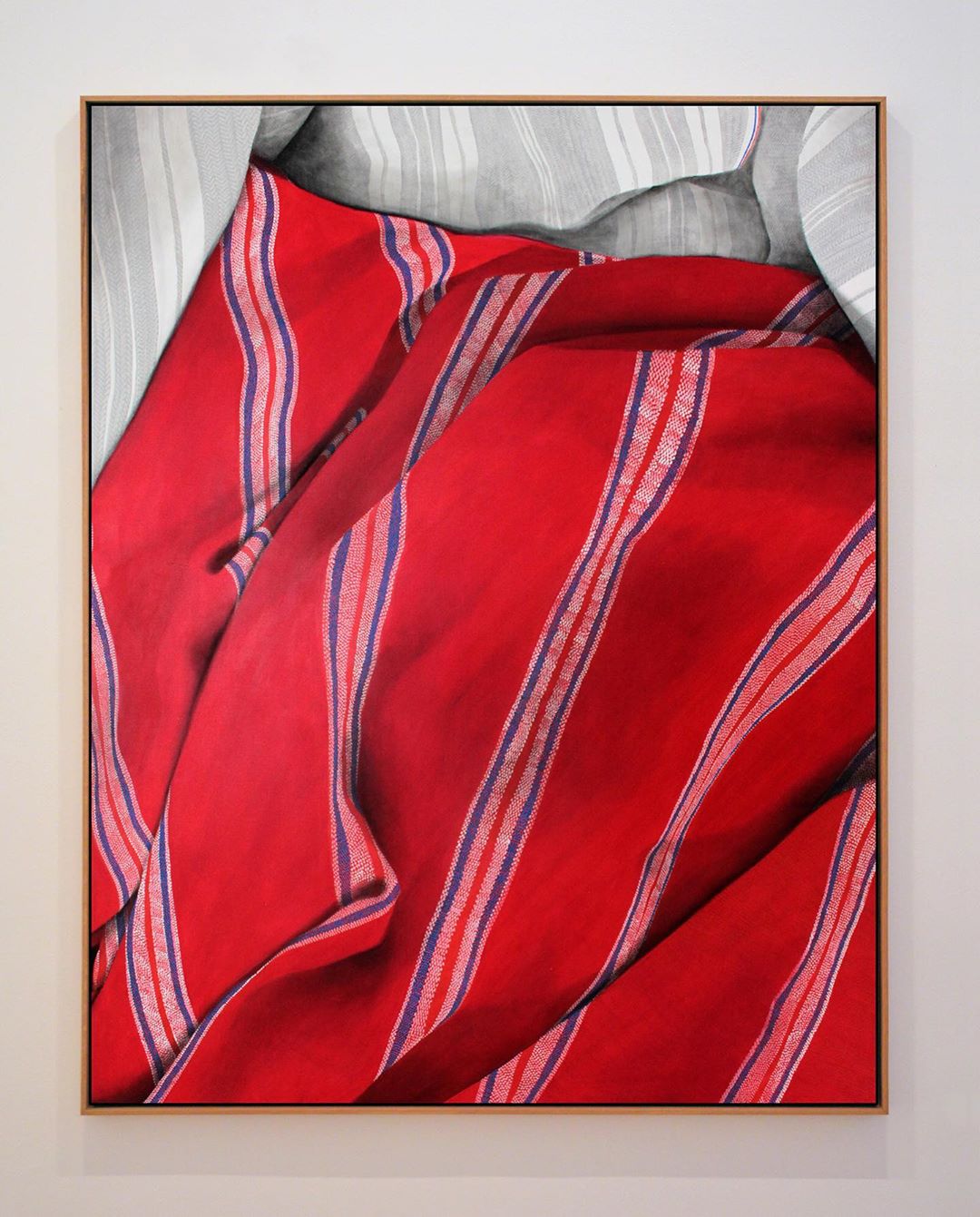 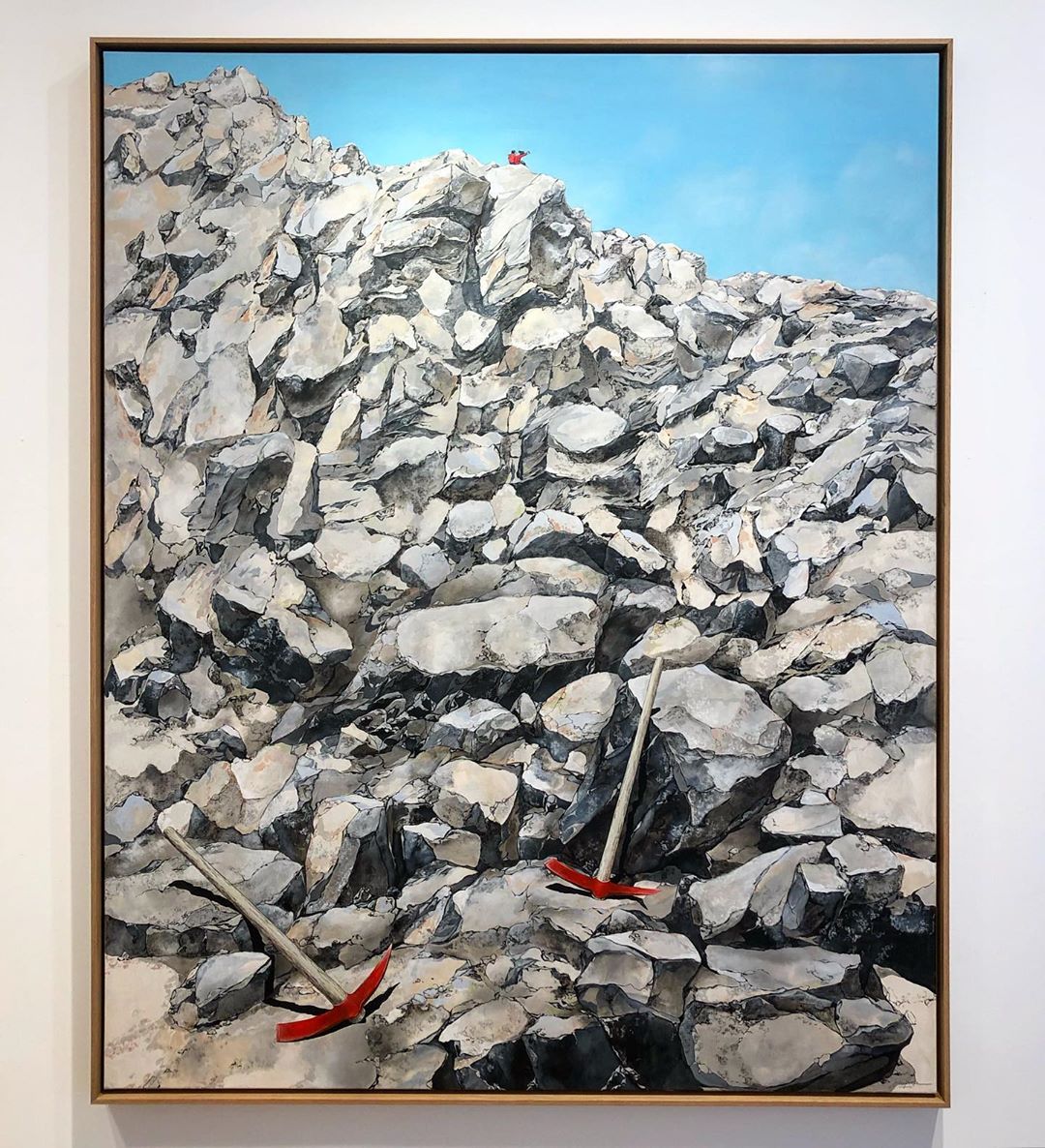 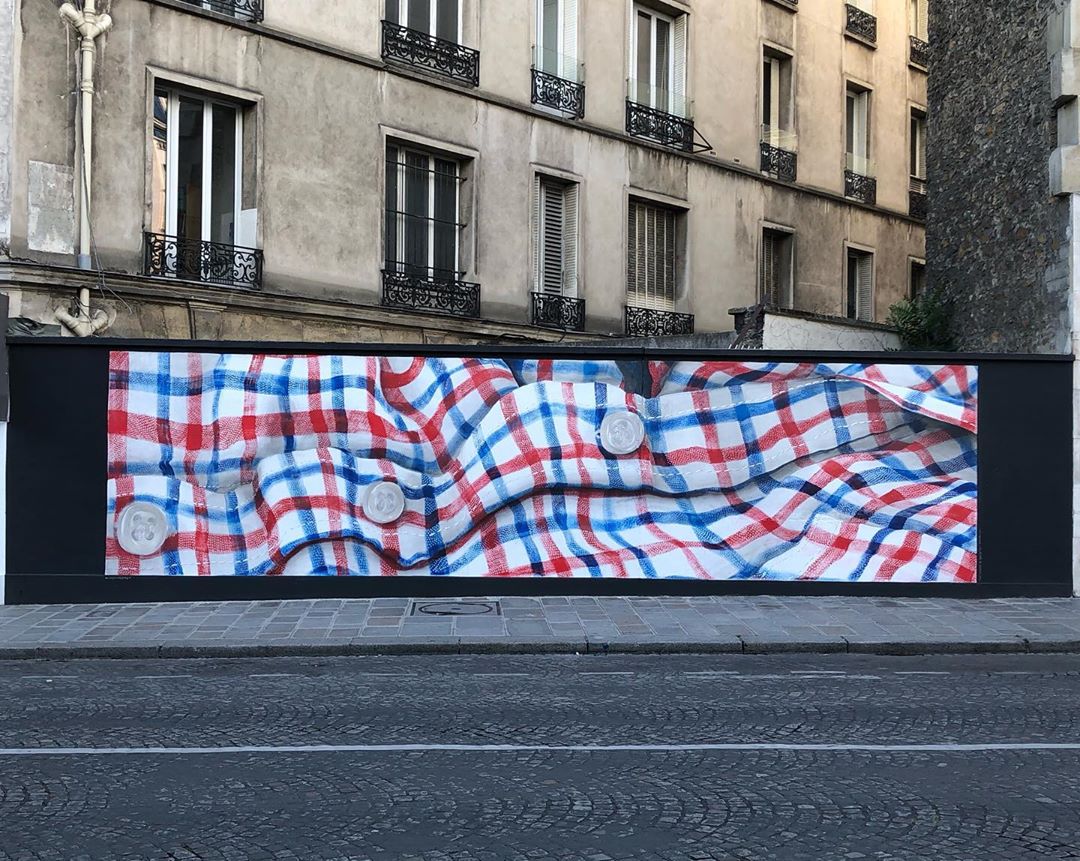 Ella & Pitr wall outside the gallery

Coinciding with its fifth anniversary, WeCollect, the space dedicated to art and new collectors, opens its new gallery in Conde de Aranda 20, in the heart of the Salamanca district, and it does so with a group exhibition in which it gathers some of the most famous names in the Spanish Contemporary Art and other emerging ones. Among the twelve artists there will be presented works by Ana Barriga, An Wei, Nuria Mora, Iván Forcadell and Carla Fuentes. 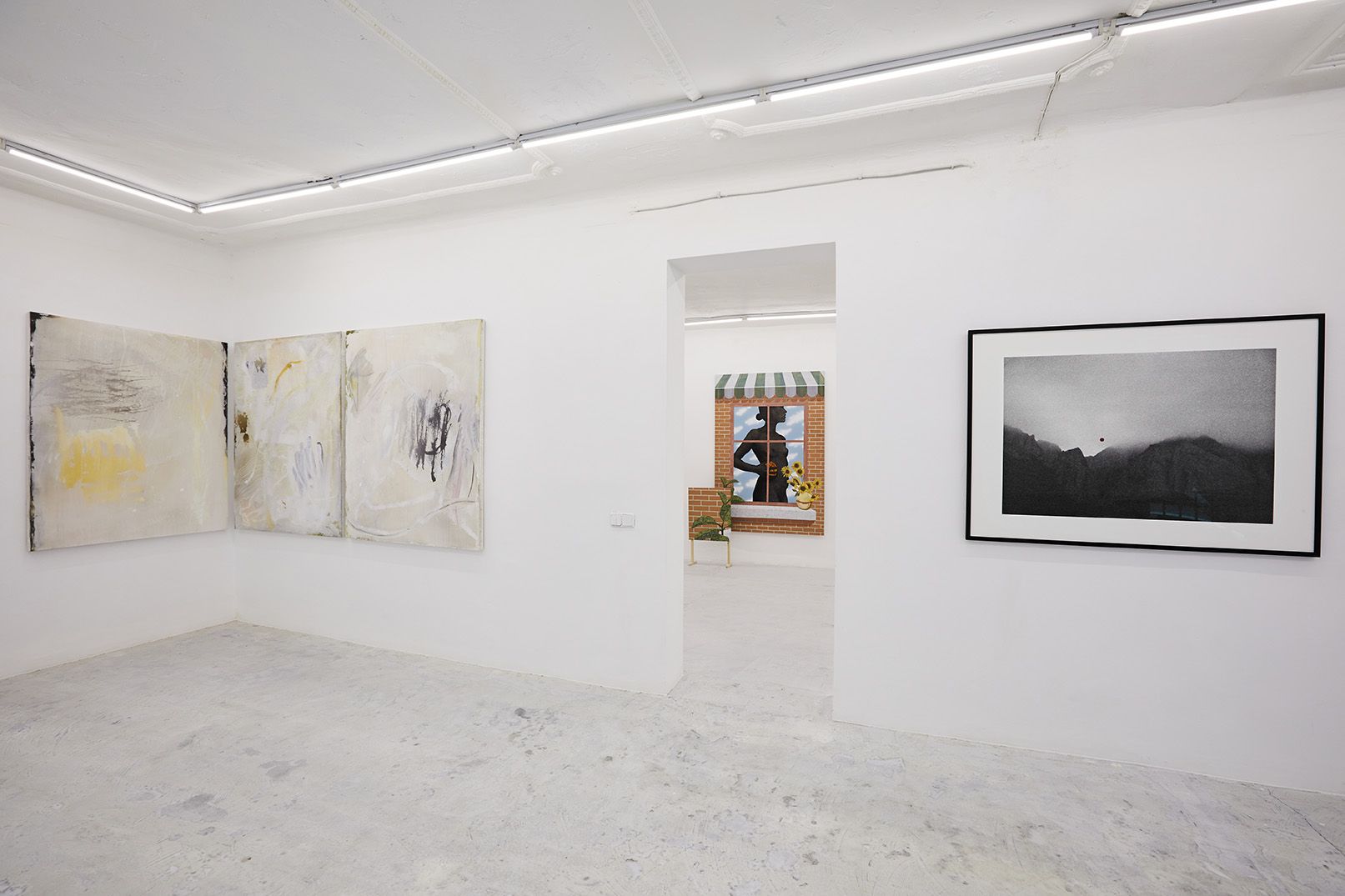 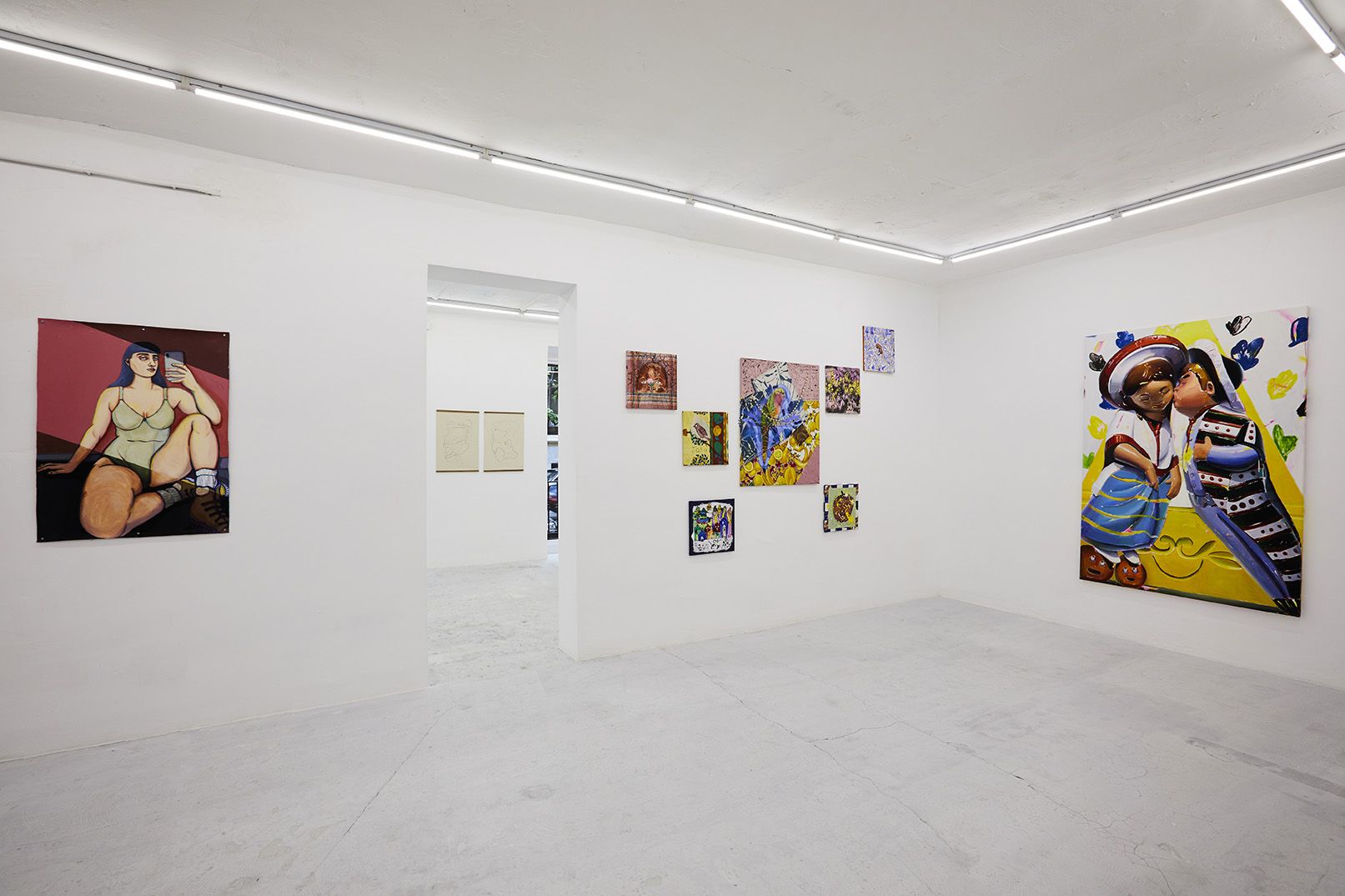 Keith Haring’s graphic figures and iconographic visual motifs, such as little dancing figures, barking dogs or flying saucers, became well known right around the world. He was at the centre of the legendary New York art scene of the 1980s and has collaborated with artists such as Andy Warhol or Basquiat. The museum will present more than 85 artworks including large scale ones, drawings and posters. 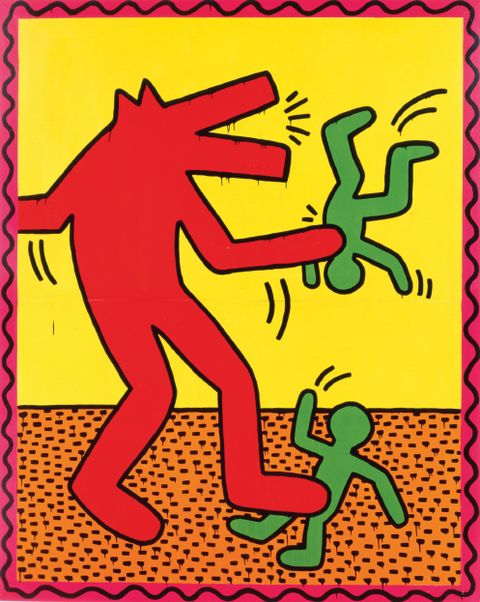 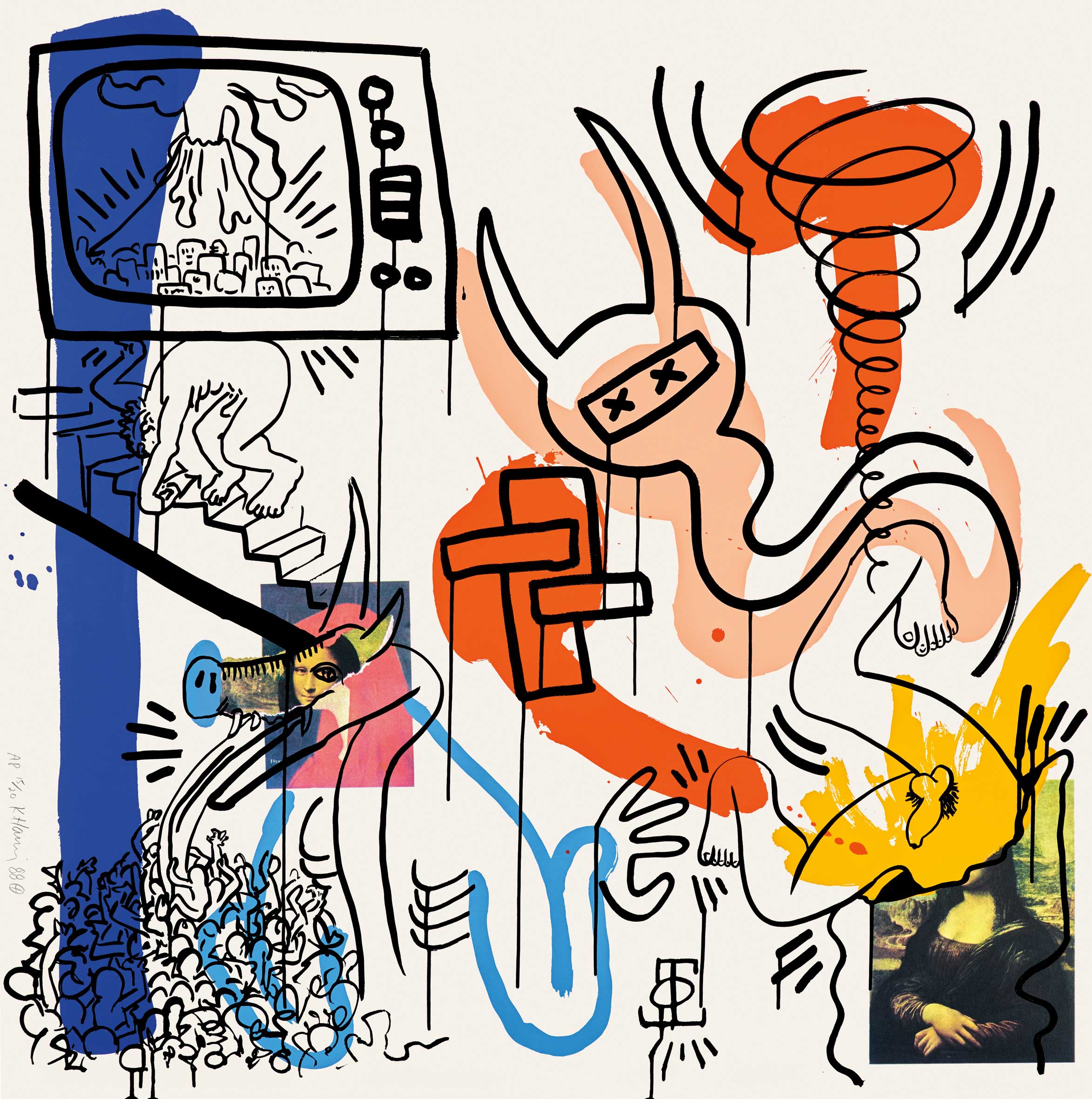