He is certainly one of the most active and well-known French street artists outside France, spreading his stencils across the globe since 2006. He quickly made himself known on the international scene and particularly following Banksy's invitation in 2008 for his clandestine exhibition "The Cans Festival". The street has a very special place in his work, he speaks of his interventions as a contextualization: "I always make a contextual offer. There has to be a unity between the work and the place where it is inserted so that the public can identify with it. It's a form of politeness." 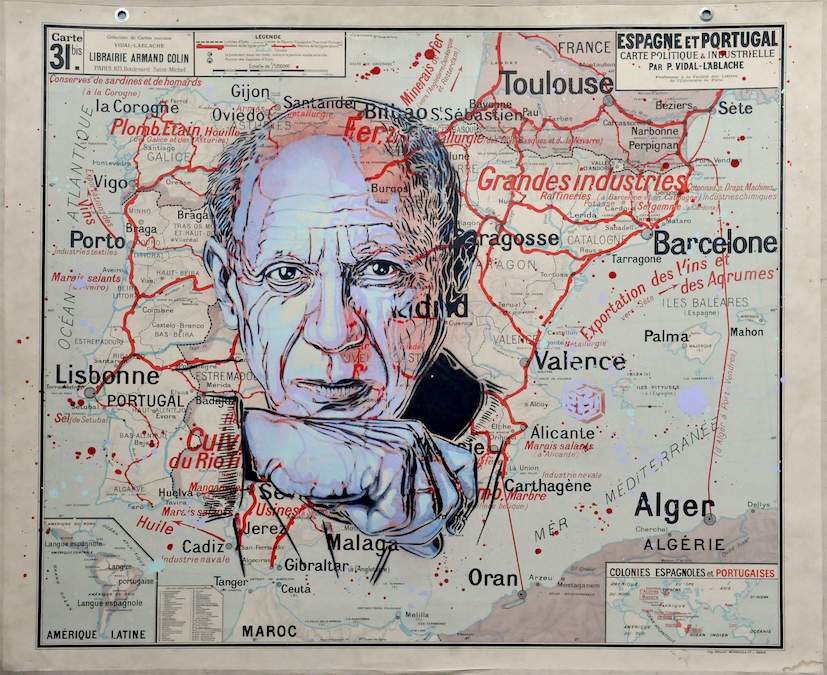