Luis Pérez Calvo (Madrid, 1962) is an archaeologist of popular culture who rereads, paints, draws, cuts out, pastes, ironises and pays homage almost compulsively, without a break, to all those beings and memories that populate his memory and that he tries to recover in a melancholic but humorous attempt to capture a society fetishised by a recent past that is gradually disappearing. His work draws directly from popular urban music, circus, cinema, rummaging in El Rastro and old comics; and is based on drawing, which he uses on all kinds of medium, including ceramics, which he often combines with collage and painting in large formats and murals. In them we find together the Beach Boys or Telonious Monk with Superman, Batman or other comic characters; Patinir with Leo Castelli and Bazooka chewing gum wrappers or fragments of magazines or advertising from the 50s. 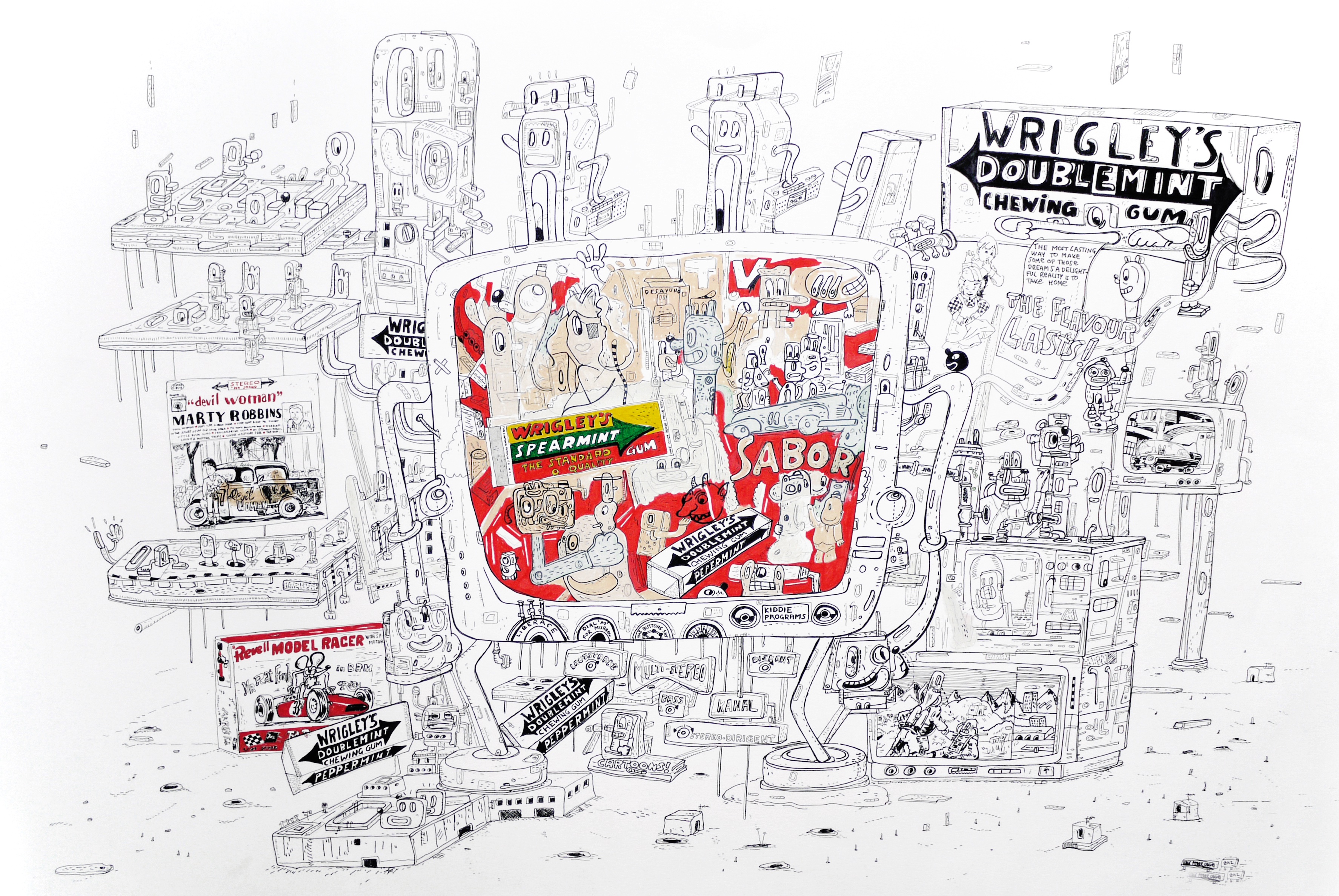 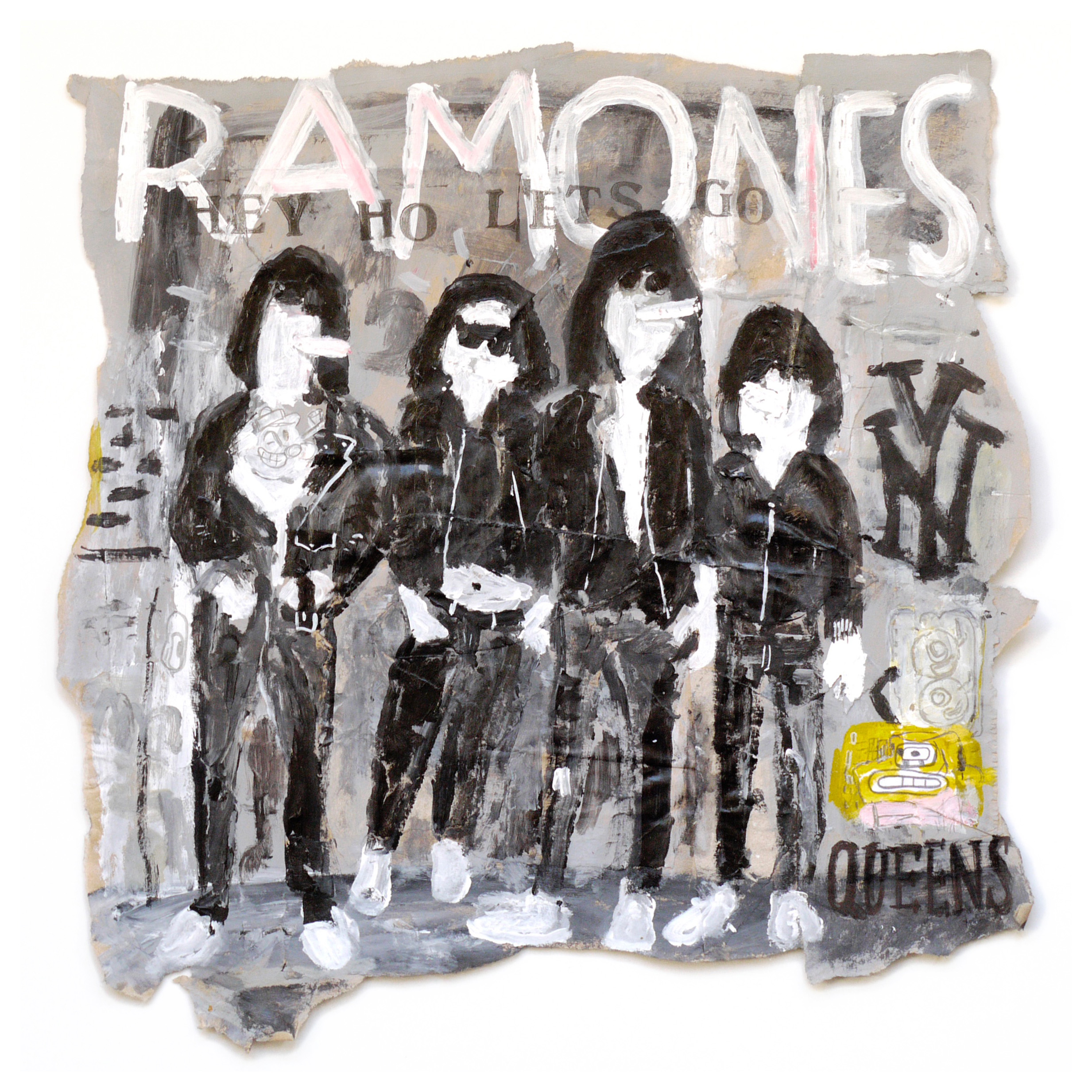 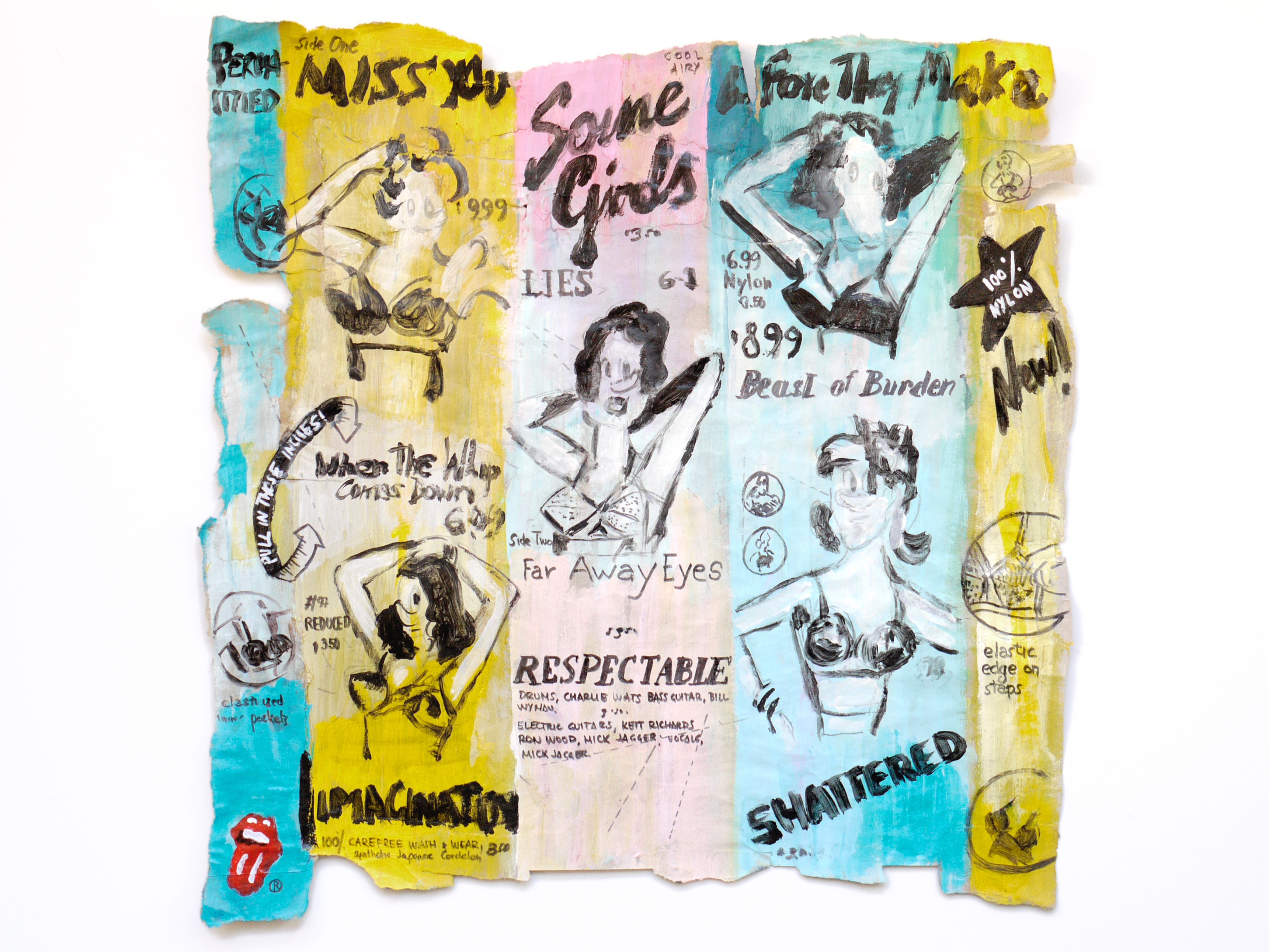 "Some Girls Back. Rolling Stones" 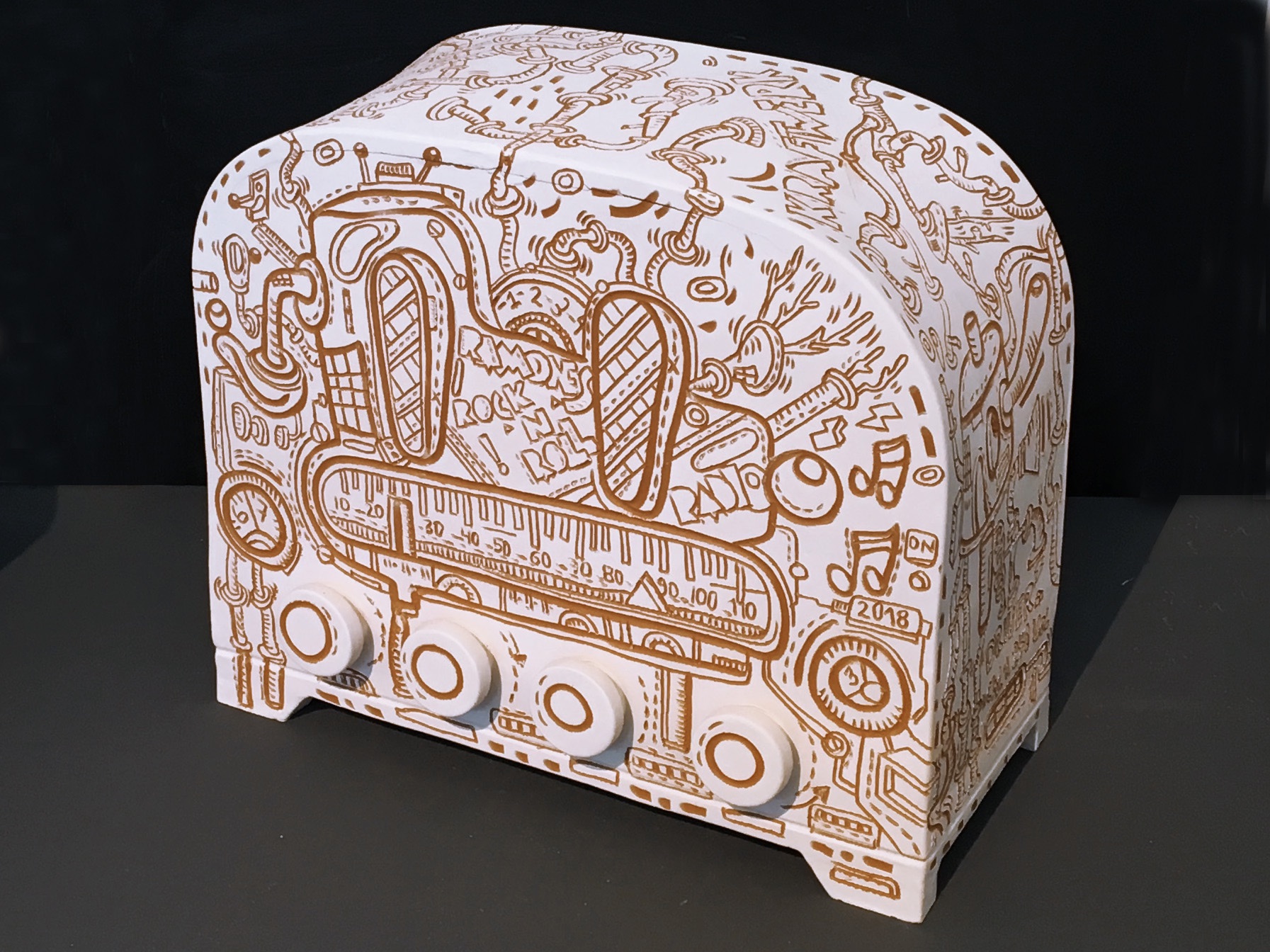